In writing these pieces up I realised I wouldn’t really give time to the digressions I would like to… I love a good digression, the possibly reasonless meandering of the mind that one is forced to follow in the hope that maybe, just maybe…  anyway.

I have wanted to give time to each of the leads in Third Star. A profile piece if you will. I was never on a set before where the work ethic of the crew was so inspired by the dedication of the actors. They can be regarded as mollycoddled talking props. Not so on our set! They never moaned or complained and they never lost concentration nor – and this crucial – did they ever lose their good humour or willingness to muck in. So I’m going to do the four the boys one by one – starting with JJ Feild. 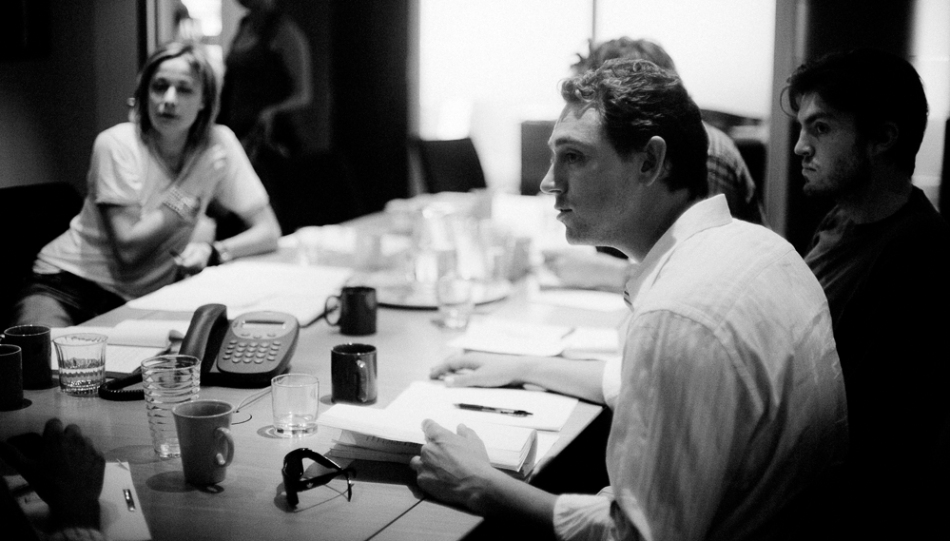 I first met JJ back way back in time – when Snickers were called Marathons, when we all believed that the appeal of Take That would never last… and when I plied my trade as an actor too.

We waiting outside a room for a job than neither of us got. This was unusual because it certainly seemed to me that he got most of the jobs we were both considered for.

JJ’s had an interesting upbringing, (his father is the British mystic and author Reshad Feild), and he went on to a ‘normal’ acting training at Weber Douglas. He’s one of those guys who doesn’t seem terribly out of place anywhere or with anyone. He’s obviously creative and can turn his hand to any sport. Interestingly he’s very political – (though I would always try to avoid these debates as Adam would always get involved and bating him amuses me too much and I didn’t have time.)

He possesses an old-school charm that is incredibly rare amongst the actors of his generation. The mixture of a calm and classic style with the unquenchable hint of rogue. He is in many ways a blond, very British, Clark Gable.

His laugh is raucous and he can’t help but clown around. Usually on our set this involved his humping one of the other boy’s legs as soon as the opportunity arose.  He’s committed and incredibly knowledgeable about the way films are actually made, and never gave up fighting for the best shots and the best takes. Even when off camera his back was so badly injured he could hardly stand, he still carried Benedict up those rocky paths to Barafundle Bay again and again.

Of all his earlier roles I think the first that showed me what a really great actor he is was his performance in Pride at The Royal Court opposite Bertie Carvel. As one of the characters he played in Pride (a repressed homosexual) he had to portray burning self loathing with the facade of character who has found life, seemingly, all too easy – though all the while struggling with his true identity. In other words – he mastered the art of playing dark depths with a subtle lightness that the audience gradually became aware would eventually break with a cataclysmic bang. It was gripping for that.

His lightness is of course not easily played. It drives me mad that so often the good-looking lead is ignored when the ‘Rain Man’ character is awarded gongs for (forgive me for quoting Tropic Thunder) “100% retard…”

That these roles are more difficult is a phallacy. JJ IS charming and likeable, but of course being so close to versions of oneself and still being thoroughly entertaining and believable is much harder than ’doing a funny voice’.

As Miles JJ was the perfect choice for all the reasons above.

Miles is competitive and successful. He is a man who has the world at his feet and yet is terrified of all his well hidden failings. His fear is quite literally fear itself.  He avoids facing the inner truths by being brutally honest externally with those around him. This makes him arrogant most of the time as it requires the apparent self belief of one who doesn’t bat an eyelid when hurting anyone’s feelings. We should feel is even capable of savagery when this willingness to confront the truths outside him requires it. He is in short – the one you want beside you in a fight, but don’t expect gentle counselling afterward.

JJ understood this instinctively. He could of course carry off the rogueishness with aplomb – but I think he found the ability to KEEP being heartless, KEEP being cowardly in the face of James’ plight, the hardest challenge. Of course in the end of the film we understand it all. It’s remarkably simple. “I’m scared.” is all he really has to say… But the bravery of this collapse, for a man who has created himself as the one you can rely on in your darkest, darkest hour – is chilling and beautiful. And all thanks to something all actors say – but few can actually carry off… “Do it in a look.”

I am so lucky to have been able to spend time working with him in rehearsal and of course on set. And our friendship will, I hope carry us through many future films. His latest outing as Union Jack in Captain America is likely to give him a greater global film profile, but I will always be thrilled that he took the long walk in Wales with us.